Considering the seriousness of tick borne diseases its easy to see why the use of natural repellents is essential when venturing into tick country. However even the most prepared among us will at times run out of our favorite natural DIY repellent. It might be the 5 extra friends that showed up asking for tick repellent or forgetting to pack it on vacation. Whatever the cause its good to have a plan B when your facing a hike in the woods without your usual tick repellent.

For these occasions we’ll look at a few products that can be purchased a the local drug store or Walmart. Since these need to be commonly available and highly effective we’re going to discuss man made or synthetic repellents. This is by no means an endorsement of toxic insect repellents rather this its a plan B of “low toxic” alternatives that when used sparingly are better then a tick bite. 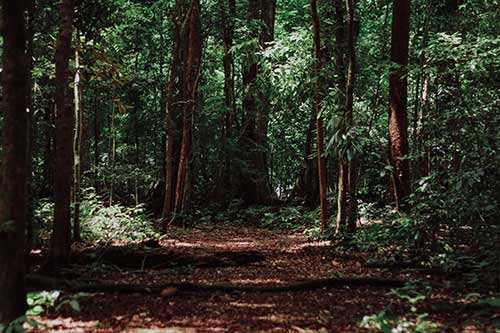 Picaridin was Developed in the 1980s by Bayer AG and has been sold in the United Sates since 2005. It was modeled after a natural compound found in black pepper called piperine. Picaridin is used as an insect repellent world wide and recommended by the World Health Organization for protection against mosquitoes. Picaridin is also the recommended repellent for ticks and mosquitoes by the Public Health Agency of Canada’s Canadian Advisory Committee on Tropical Medicine and Travel for travelers six months to 12 years of age. This begs the question how do we know its safe?

In regards to safety, Picaridin was proved safe in a 2012 through 2013 study. The study involved around 25,000 participants in Cambodia where insect repellent is needed almost daily. After conducting multiple interviews the researchers concluded that most adverse reactions were mild and usually consisted of skin conditions.

The Cambodia study backup previous animal studies that determined Picaridi did not contribute to the development of cancer in laboratory animals. In the animal study Picaridin was applied to the skin of rabbits and rats for two years. At the conclusion of the study the animals’ skin was thicker, irritated, and developed dark spots, but they did not develop cancer. Its important to note that during the study researchers applied large amounts of Picaridin to the animals. Please note that NaturealPestRepellents does not endorse or condone animal testing!

A picaridin powered product I have personally used and can recommend is Natrapel 12-Hour Mosquito, Tick and Insect Repellent. Over the past few months I used this several times for protection against both mosquitoes and ticks. Each time i returned home with zero bites. In addition it seems that Natrapel even prevented insects from coming near me. When initially applying Natrapel this is a bit of a insect foger smell but that quickly dissipates.

IR3535 was developed by Merk in the 1970s. It was approved by the United States EPA in 1999 and was used in the Avon Skin So Soft brand. IR3535 was designed to be similar to the naturally occurring beta amino acid, β-alanine. Since IR3535 is modeled after a naturally occurring element its considered a biopesticide and considered safer than synthetic compounds such as DEET. After over 30 years of international use there is scant evidence of toxic human side effects. In fact the EPA and World Health Organization consider IR3535 to be practically non-toxic to mammals.

Its believed the repellent properties of IR3535 are due to its ability to interfere with the insects sense of smell. Studies indicate that IR3535 may paralyzes the insects system for sensing and finding hosts. Since ticks and mosquitoes find hosts (such as us!) by the chemical markers emitted by breath and perspiration, paralyzing this system renders make the insect effectively blind.

The effectiveness of IR3535 is well established by multiple studies. One such study in 2008 determined that IR3535 was effective at deterring mosquitoes and ticks even at low doses. The author felt IR3535 was possibly more effective then DEET for repelling ticks. In conclusion the author stated “IR3535 products at concentrations of 10% or greater should be seriously regarded as public health tools for protection from biting arthropods and the pathogens they transmit to humans.”

There are several products available based on IR3535. One of the more popular ones is Coleman SkinSmart DEET-Free Spray. While my personal sample has not yet arrived it looks promising based on customer feedback and the a fore discussed facts on IR3535.

When considering the safety of Picaridin and IR3535 its important to note that they are generally considered safe when used as directed. Picaridin in particular can have side effects when used excessively. As with everything in life balance is key. Also remember that tick repellents are just one part of a successful Tick Management strategy.

Now learn “How to apply diatomaceous earth indoors“? or What Smell Repel Cockroaches or “What Eats Mosquitoes“? or “Whats the Best Under the Hood Rodent Repeller“?